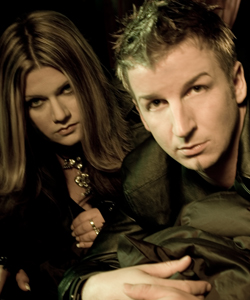 Three (too) many years nothing was heard of the dance formation Groove Coverage: after nearly a dozen hit singles in 2002 and 2007 laid the producer Axel Konrad and Ole Wierk, and singer Mell and DJ Novus a well deserved break a . On their last release before the break, the first best-of album „Greatest Hits“, the band had united all their great successes in November, including the Media Control Top Ten hits „Moonlight Shadow“ (No. 3, 2002), „God Is A Girl“ (No. 8, 2002) and „Poison“ (No. 7, 2003). The concept was just as awesome as it was successful with a great flair for ingenious hooks they missed songs from different genres an extremely modern dance-pop Treatment, including „21st Century Digital Girl“ by punk rock legends Bad Religion, „Poison“ by Hard Rock icon Alice Cooper or the Christmas carol „Star over Bethlehem“ by Alfred Hans Zoller. Internationally celebrated Groove Coverage sensational successes, including the singles the band placed in the charts of UK, Ireland, Spain, Austria, USA, Poland, China and many other Asian countries. In the summer of 2010, it’s finally here. Groove Coverage start by with a brand new single and celebrate at the same time its debut at the Sony Music label Columbia Four Music
With „Innocent“ make Axel Konrad and Co. even more impressive demonstration of what a infallible knack they have for hits – as in her debut hit „Moonlight Shadow“ before they took a song by the legendary British guitar and songwriter Mike Oldfield. The single, sung by Oldfield’s then-girlfriend Anita Hegerland, abolished in Germany in 1989 the leap to number eight on the charts – a record that is now with the 2010s reinterpretation in acute danger. Because for the Chart Attack, the band is well equipped: in addition to the strong potential hit single version is „Innocent“ in remixes of Scotty, the Bodybangers, Illbe4t and Cc.K ago.

Also as a producer and remixer he could make a name for itself internationally. His most successful project „The Hitmen“ counted in recent years to the absolute spearhead in the hands-up area. Hits like „Like I Love You“, „Energy Is You“ or „Side By Side“ went around the world and remixes for acts like Cascada, DJ Manian, Silver, DJ Shog, DJ Klubbingman, Neo Cortex, Gollum vs. Basslovers, RIO, Paffendorf, Lazard Comiccon and Alex M were absolute dancefloor hit.
According to the resolution of „The Hitmen“, it is now with his solo project to embark for Money-G at the time new ways. Already with the first productions (Jasper Forks – River Flows In You) and remixes (DJ Gollum – Passenger and / DJ Gollum vs. Basslovers United – Narcotic) and currently Colina, Mario Lopez and Alex M he delivered again from huge dance hit. Now his first solo single „Weightless“, which has already become an insider tip and is again rocking with some certainty the international dancefloors appears on Global Airbeatz.